You had to have known this was going to happen with Namco Bandai involved. Pac-Man has officially been confirmed to join the fight in Smash. 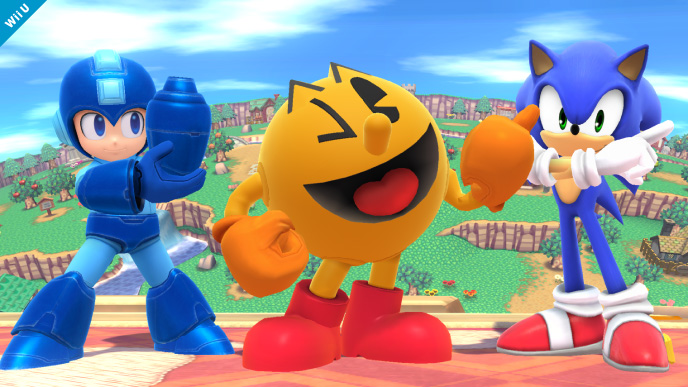 Nintendo has confirmed that Pac-Man will also be appearing in the new Smash. So there we have it, four iconic video game characters all from different game companies join together in one big battle. Mario, Sonic, Megaman, and finally the oldest of them all, Pac-Man. This now gives us 33 confirmed characters for the new game, and many more are most likely on the way. We should be seeing the likes of Meta Knight, Ness, Captain Falcon, Falco, and many other veterans returning to the scene.

As for whether there will be any more new characters, it’s quite possible. Dark Pit may very well join the fight, as hinted in the E3 Direct; and there’s still the hope of newcomers such as Shulk, or even Wonder Red. It’s clear more third party characters are being welcomed into the game, so we may get a visit from a certain Umbran Witch that we all know and love. It’s anyone’s guess, but keep these in mind for the possible future and be on the look out.

Update: A new trailer and some screenshots have been posted by Nintendo, check them all out.