Back-up battery packs for your cell phone are kind of under appreciated in general and sort of like an afterthought for even the most tech-savvy among us. When you need one though, well, you really need one.

My iPhone 5 was on a short trip towards battery oblivion when the 6 and 6+ released last Fall. Never having had an issue with a battery on any of the iPhone handsets (and I’ve had a bunch), I guess I was lucky and had kind of become spoiled. Yeah, even though the line of phones has had something of a reputation of being short-lived battery wise, I didn’t have any trouble at all… till that iPhone 5 that is.

Once that sucker started to go, man did it go, and at a high rate of speed. I’d be lucky if it made it a whole day without needing a recharge near the end of my time with it, and I can’t tell you how happy I was when it came time to upgrade. See, last year I didn’t have a battery back-up that I actually wanted to use. Had I been blessed with one at that point, it wouldn’t have been nearly the hassle that it was.

That’s only one of the reasons that you might want a back-up system though. Most folks would probably just use one most if they’re a ‘power user’ who uses their cell seeming all day long. If you watch video content, surf the web, check social media, play games and everything else that you can do on an iPhone, then that’s probably you. Notice I didn’t even mention ‘talking’ in there, but that certainly takes up a good deal of battery life as well. Enter the Pop’n 3. 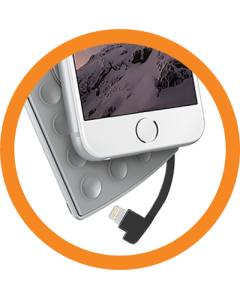 Although I was kind of out of the loop on these devices in general, Powerskin has been producing power packs for a while now and they know what they’re doing judging by this little guy. Their new Pop’n 3 is a small form-factor pack that has a pretty unique set of gimmicks that make it a hit.

For starters, the pack is relatively small, though it does more than double the depth of the iPhone 6 so let’s get the sole drawback of the Pop’n 3 out of the way. The added size isn’t really as much of a minus as you might think though, well, at least not for me it wasn’t. I rather liked the extra depth, as it added a little more to hold onto, something that the new and super-slim iPhones seriously lack. I could though, see how many out there would be annoyed by this addition. People love their skinny phones after all.

Okay, now that that’s done, let’s chat about the plusses, because this little guy does what it does extremely well.

To attach the Pop’n 3 to your iPhone, you simply pull back the covering on the sticky pad and stick it to the back of your handset. There’s a series of light-holding suckers (like an octopus) that cover the surface, these won’t hold it completely, but do help to keep the charger in place so it doesn’t move around. In the center is the sticky pad that I mentioned above, and that’s the actual element that’s going to keep it on your device. Now, don’t get excited and think you can’t remove it easily after you affix it, because you can. The Pop’n 3 comes off with little effort and leaves no residue. And all you need to do to get the pad working again (for another attaching) is to wipe it with a damp cloth.

At the bottom of the power pack you’ll find a cable that pulls loose and plugs right into the iPhone (or Android phone if you get the micro-USB version). It’s about as easy as you could get to plug in and can be popped out just as effortlessly. Once it’s in the lightning-connected port (or micro-USB connected if you’re an Android user) on the bottom of your phone, the Pop’n 3 automatically starts charging your device. That easy. And it’s impossible to lose the charging cable since it’s built right into the main body. I was really impressed with that as someone who’s lost a few cables while on vacation, but that won’t happen here.

On the back you’ll also find a button that, when pressed, lights up a series of LED’s on the side of the pack. It pulls double duty as well, as you’ll hold it down for five seconds to turn on and off the pack as well. These show the remaining power level and light up in a series, one to four, for easy indication that anyone with a Macbook (or similar notebooks) should be more than familiar with. I found that the Pop’n 3 had more than enough power to charge up a depleted iPhone 6 with a little left over, and the charging of the actual battery pack took no time at all. 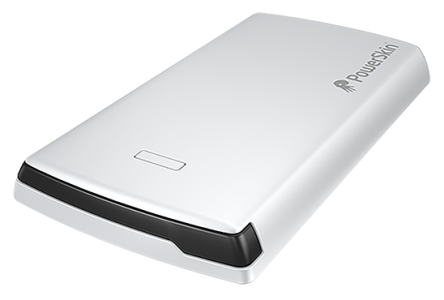 That’s one of the more impressive things that I have to report here actually. The Pop’n 3 has a semi-ridiculous charge time. I literally took an almost completely ’empty’ battery, plugged it in, and returned relatively short amount of time later to find that it was fully charged. It was a nice change from an emergency pack that I had been using on and off for a few years that takes a day and a half (loose estimate) to fully fill up- and sits separately from my device by the way.

As far as battery packs go, the Pop’n 3 is a pretty phenomenal one. The life is great, the charge time is excellent, it holds firmly in place, and -most importantly- the thing has a built-in charging cable. To put it simply, if you need a power pack for your iPhone, this is the one that you want.

Wrath of the Druids review — Eivor and the eerie Éire