AU, meaning After Ultron. So how does an Otto Octavius possessed Spidey handle a robot invasion?

Marvel is pleased to present your first look at Superior Spider-Man #6AU, from the red-hot creative team of writer Christos Gage and artist Dexter Soy! With Ultron running rampant throughout the Marvel Universe, the Superior Spider-Man must think fast, and act faster as the clock winds down to complete annihilation. How does Doc Ock fit into this new world? Can he work with the few remaining heroes to make it out alive?

Superior is proving to be an interesting book, however it plays out in the end and seeing Octo-Spidey battle Ultron looks like it’s going to be interesting to say the least.

Check it out when Superior Spider-Man #6AU hit stands on March 27th from Marvel Comics. 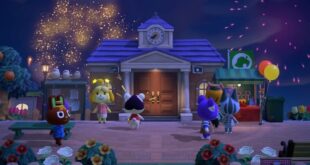 Say No! More preview — And they waddled into oblivion