More Penny Arcade goodness on the way this week. 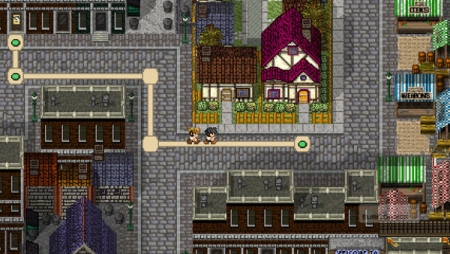 The second piece of free DLC for the Zeboyd and Penny Arcade game, ‘On The Rain-Slick Precipice Of Darkness 3’, will be available this Thursday, along with versions of the game for Mac, Android and iOS.

The DLC is called “Lair Of The Seamstress” and will contain a brand new dungeon with some tough boss battles, for when your characters get to and above level 40.  In addition, there will be Zombie costumes for the characters.  The DLC will hit PC and XBLIG at the same time.

The iOS, Android and Mac versions will hit the same day, with ‘much better touch controls this time around than they were with the Cthulhu Saves the World port’.  If you bought the game for PC on Steam, you’ll get the Mac version for free, which is nice.  This all comes to you this coming Thursday, October 25th.