The sequel to Witching Hour’s popular iOS strategy title Ravenmark: Scourge of Estellion is on the way and bringing the multiplayer.

Ravenmark: Mercenaries picks up the story of the land of Eclisse as new powers are taking center stage and old ones are crumbling. Mercenaries adds multiplayer (duh) to the mix as well as varying encounter types to keep you on your toes… in a strategic sense of course.

Players of the first title will also find Standard Bearers to boost troop morale and new commander bonuses, so there’s plenty of new additions to make fans want to return to the mystical world set up in Scourge of Estrellion. One cool note about the multiplay too- since this is a strategy title, the multiplayer is asymmetrical. That basically means that you and your opponent don’t have to be playing at the same time to engage in battle. It’s sort of like playing chess over email. Pretty cool stuff that we’re seeing more and more of in mobile gaming land.

There’s no release date yet, but look for Ravenmark: Mercenaries to be available soon for iOS devices. 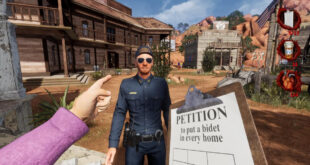 The Radical Dreamers Edition — Is it worth it?