Persona Q is the first in the series to hit Nintendo’s handheld and Atlus is hyping the release by showing off the impressive special edition(s).

Who doesn’t like a good unboxing? In the case of Persona Q of course, it’s a pair of unboxings. Both editions of the game that are on the way look to be coming in some very cool boxed sets, containing a bunch of extras for the hardcore among the fan base. Which come to think of it, probably describes the entire fan base.

Persona Q: Shadow of the Labyrinth ‘Standard Limited Edition’ and  ‘The Wild Cards’ Premium Edition will be on store shelves for the Nintendo 3DS on November 25th. 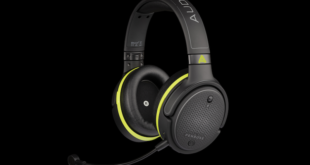 You have your new console, but now you need a headset to pair with it. …

BioShock: The Collection is finally official