According to reports Guillermo Del Toro has been hired by Bethesda to create  a cinematic trailer for Fallout 4. Even though Bethesda has yet to formally announce the project the game has been heavily rumoured for the past year. With an E3 announcement for the company the rumour mill began churning once again and with this leak we can get excited for this.

As you can see from the LinkedIn page below: 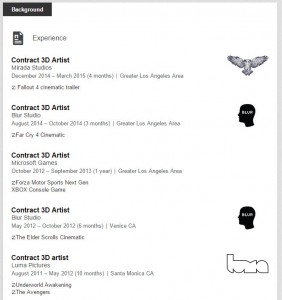 Mirada studios was co-founded by Del Toro, Matthew Cullent, Javier Jiminez and guillermo Navarro in 2010. The studio prides itself on being a “a studio designed for storytellers”, its clients include disney, Nike and amazon.

Fallout 4 is listed as the most recent project. Im personally really excited for this. Bethesda have a habit of announcing new Fallout game in 2010 for New Vegas and 2008 for Fallout 3 respectively.  Look out for Bethesda’s E3 conference on Sunday 14th June.