The third Sacred titles arrives with little of what made the series a fan favorite in tow. 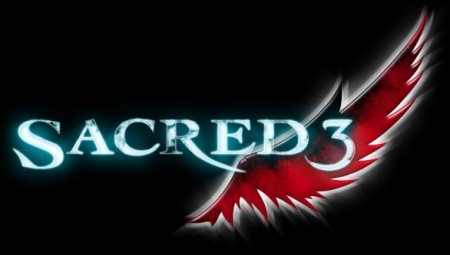 Sacred 3 might just be one of the biggest letdowns of this year.

It’s supposed to be the successor to the otherwise popular Sacred franchise of the past, but unfortunately it’s anything but that. Developed by Deep Silver, who were not responsible for the previous games in the series, this iteration takes the form of an action-RPG, although it has very little RPG and the action can vary from time to time. But to sum up the rest of the review for those who do not wish to read it, this title is just not worth the full asking price.

The story of the game is entertaining enough I guess, but you’ve definitely heard it before. It features a tale of a kingdom under a threat which can only be saved by the chosen heroes. We’ve heard this story so many times and hearing it once again does not make it any more interesting.

Usually presented in the form of cinematic slideshows throughout the game, the narrative can luckily be skipped completely if you wish to. You won’t really miss anything, and even if you do, while in the actual game characters will comment on the situation at hand or make quirky remarks about events. This is actually the high point of the story as one can see how the various characters function together. 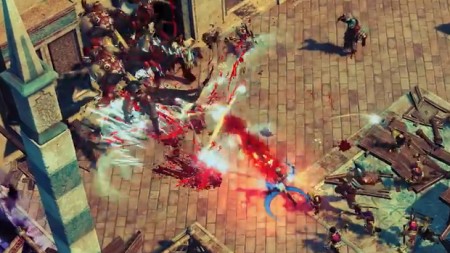 But even though the story didn’t score any points with me, the gameplay is the biggest letdown in Sacred 3. Attacks are managed with the mouse, the left button controlling the basic sword or magic attack and the right usually having some shield breaker for the harder enemies that can also damage groups of weak foes.

You control your character with the WASD keys which adds an extra layer of difficulty which should just not be there. The world is laid out in an isometric fashion, so navigating through it becomes difficult when the keyboard wants you going sideways and upward. It would’ve made much more sense if movement where controlled with the mouse instead of the keyboard, but I’m no developer.

Finally you can pick out 3 skills from the load out screen before each level which are activated by their respective number keys. These are just heavy magic attacks which do some extra damage and create some pretty animations. As far as the RPG portion goes, you gain XP from killing enemies, but that only gives you a stat boost your abilities. Nope, there’s not even a skill tree to spend your points on.

The co-op play was one aspect of the game that was touted quite a bit, but just because you add another player, does not mean the game becomes any more fun. Ignoring the always on voice chat and somewhat irritating connection problems, the game simply does not scale well with two players killing everything they see. It’s possible to run through levels with so much firepower and plentiful abilities too, which takes away the fun of co-op. So much action on screen also makes it difficult to distinguish between friend and foe which can end up costing you a death. 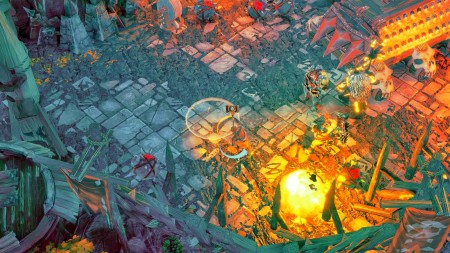 The only redeeming quality of the game are the visuals which look sharp and interesting with nice animations and colors. The audio is actually pretty good too, considering the various things the characters say, and makes the story a little bit more tolerable. Unfortunately the attack sounds from both you and enemies are repetitive and can irritate anyone who plans on playing for an extended period of time.

Related Article:  Splinter Cell is getting animated and coming to Netflix

This game is certainly not worth anyone’s time and money at this point. It lacks any thrill or reason to get invested, and without a good story to get into, it just feels like you’re playing a series of arenas and mindlessly killing foes. It has some good ideas buried under all the fat, but in the end it is the whole game you’re paying for.

Unless you pre-ordered (which you may have done because day one DLC means you get the 5th playable character), you might want to save yourself from this title and play one of the many better game found on steam.

The Textorcist: The Story of Ray Bibbia – DEMO (PC) Review