A fun list of the best strategy games highlights this week’s selections as we head into what’s otherwise an all-Nintendo (both good and bad) flavored week of GR coverage.

Not confined to any specific theme or time frame (some of the games on this list hail from the 1990’s), GR’s 13 best of the strategy genre is an impressive listing. Featuring a mix of old favorites and downright classics of not only the genre, but gaming in general, this is a ‘must play’ mix of titles.

If you’re an RTS fan or a turn-based aficionado, you really need to at the very least, give these games a look see. I’ve played most of the games here and I have to say that, even though I might quibble with the order, GamesRadar hit the nail on the head with most of their selections.

I personally would have placed Warcraft II on there somewhere, but that’s me; the good times I had with that game acted years. Click through and see what you agree/disagree with and let us know in the comments what you would change. 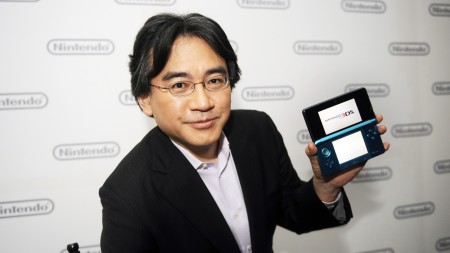 And now for something completely different, namely a lot more dour. True these are ways that Nintendo can be saved, but even to be talking about the once top company in the gaming universe needing saving is just a little more than sad.

In any event, this is a solid list of ideas that range from the unlikely (cell phone gaming isn’t going to happen) to the very possible and even likely. I don’t think there are too many folks out there who can’t see something like a price cut for the Wii U or making the GamePad more of a plus and less of a liability (since it raises the price of the console) becoming a reality.

There are a few points on here too that probably should happen but won’t, like a corporate purge. And then there’s the one that’s the likeliest of all, and Nintendo fans aren’t going to want to hear this since it’s to simply stay put and “weather the storm”.

We don’t know a heck of a lot about the new-ish (they’re both remakes) Pokemon on the way from Nintendo for the 3DS at this point. The just announced titles are rebirths for Pokemon Ruby and Sapphire that appeared on the GameBoy Advance (loved that system) back in 2002 and have gotten a presumed graphics boost.

Whether there’s anything else in there as far as improvements, changes, what have you… for either title is very much up in the air as Nintendo really only announced that both were coming up and nothing else.

What’s new? What’s different? Click through and let GamesRadar take you on a magical trip through speculation land.

Related Article:  DST's releases this week include a gaggle of new Minimates of various flavors

The Avengers feel the Rage of Ultron this week