Marvel Comics is hitting this month’s SDCC in a big way, with both panels and signings based on their biggest properties.

If you’re looking for exclusive items and comic book signings, stop right now. Marvel Comics says that they’ll be revealing all of that soon, but this isn’t it. Instead, the company is first promoting a list of panel presentations and signing involving Marvel’s TV properties.

It’s a fairly impressive list on the panel end though. Marvel’s presentations will touch on video games, entertainment, and of course – comics. Scroll down for days and times.

Please note this signing is a ticketed event and passes will be available on a first-come, first-served lottery basis beginning when the floor opens on Friday, July 19 at the Marvel Booth (#2329). 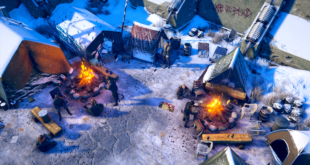 Making its way through development is the third game in the Wasteland series. Check out …

WonderCon: IDW moves out with a gaggle of variant editions, panels, and more