Konami releases a pretty unique take on the classic horror franchise Silent Hill this week with Silent Hill: Book of Memories on the PS Vita. 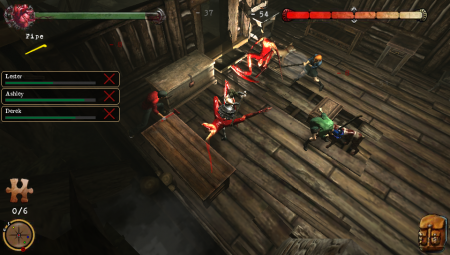 I don’t know if ‘dungeon crawl’ has ever been used in conjunction with Silent Hill, but it’s pretty accurate when you talk about Book of Memories. A co-op action/RPG, BoM sets players on a trip through several alternate realities as they battle demons and uncover the truth about the title ‘book’.

SILENT HILL: BOOK OF MEMORIES is an all-new game in the Silent Hill series, with a unique premise and storyline.  The story begins with a strange book that is received, inside that book is your entire life story to this point, everything that’s ever happened to you; all of your memories.  You discover that by altering what’s written… you can actually change the past and write your own ideal history.

According to Konami there’s a good chunk of Silent Hill history loaded into Book of Memories with “items and Creatures culled from over a decade of Silent Hill lore.” Think Pyramid-Head is in there? Yeah, that’s a pretty solid bet.

Konami is looking to keep this one around for a while too as a selection of DLC is already planned out. There’s nothing revealed as of yet as to just what might be on the drawing boards, but I’m going to predict it’ll be filled with freaky weird monsters and lots of stuff that you probably couldn’t have come up with in your worst nightmares.

While you might have to wait a while for the add-ons, the main game is out now for the Vita and is both on store shelves and available on the PSN.