Haven’t picked up one of the best RPG’s in years yet? Now’s probably a good time. 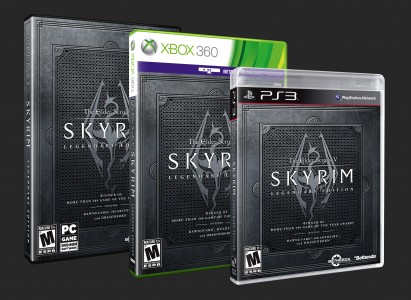 The Elder Scrolls V: Skyrim Legendary Edition is officially available in retail stores everywhere. Published by Bethesda, Skyrim shot to the top of gaming’s ‘best of’ lists upon its release last year and stayed there. The role-playing game is credited with absorbing the hours (and weeks) of players across the world, and now it’s gone and gotten Legendary.

You can grab The Elder Scrolls V: Skyrim Legendary Edition now for the Xbox 360, PS3 or PC.