Spider-Man must lead his team of teen heroes against the greatest assembly of super villains the world has ever seen! Season Two of the hit series ULTIMATE SPIDER-MAN continues as Spider-Man travels to the mystical city of K’un L’un to help Iron Fist fulfill his destiny. But with The Scorpion hot on their tail, stopping at nothing to destroy them, will they make it back to New York in one piece?

Don’t miss the next amazing episode of ULTIMATE SPIDER-MAN debuts this Sunday at 11a/10c inside Marvel Universe on Disney XD.

Faster than Spider-sense huh? That’s pretty darned fast. Have we ever seen Spidey versus ninjas? I’m sure he has to have fought the Hand or some such group at one point or another in the comics, but if he did it totally escapes me at the moment. 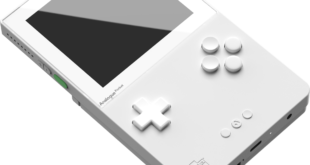 A brand new way to play a whole bunch of classic handheld games, the Analogue …

Dying Light questions its own humanity in new trailer