Amazing Spider-Man 2 owners who didn’t pre-order can now download a six-pack of new costumes for the wall-crawler, all with special in-game perks. 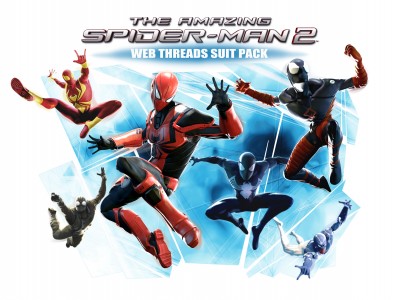 Though this new sextet of suits contains the four costumes from the pre-order pack (which you could have gotten for nothing), there’s two more that just might make them well-worn additions to your game. Now Spider-Man can suit up in a costume specially designed to ward off electrically powered enemies and one tough enough to battle his way through six foes at a time.

All six suits are now a part of the official (and publicly salable) Web Threads Suit Pack for $6.99 USD or separately for $1.99 each on Steam, Xbox Live, the Wii U eShop, and the PSN.