The controversial (not to mention extremely excitable) head of Microsoft will be calling it quits in the next year. 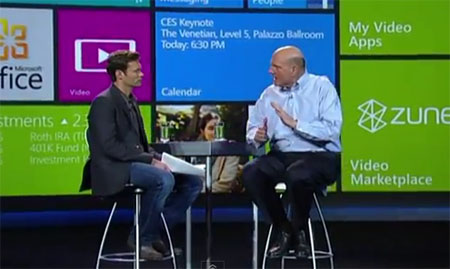 Breaking late last week was word that the head of Microsoft since founder Bill Gates’ departure from the company, Steve Ballmer, is leaving the software/hardware giant. He’s not heading anywhere else though (not that we know of anyway), simply retiring from the biz all together.

“There is never a perfect time for this type of transition, but now is the right time,” commented Ballmer. “We have embarked on a new strategy with a new organization and we have an amazing senior leadership team. My original thoughts on timing would have had my retirement happen in the middle of our company’s transformation to a devices and services company. We need a CEO who will be here longer term for this new direction.”

Ballmer won’t be leaving Microsoft high and dry though as he’ll be staying on to oversee the choice of a successor to the throne as a part of a special committee made up of high-ranking MS employees. He’ll also be keeping that CEO title during the process, so the Xbox company won’t remain leaderless during 2014, the inaugural year of the new Xbox One.

Anyone who know Steve Ballmer (or of him at least), knows all about his famously over-enthusiastic speeches at company events. Personally, I’m going to miss seeing those YouTube compilations of him bouncing all over the stage screaming… Actually, maybe I’m not going to miss them.