The masterminds behind Super Meat Boy, Team Meat and BlitWorks, have announced that the acclaimed and long awaited platformer will reach the Wii U™ eShop. Run and secure your copy on May 12th.

Add to that, the game will be on sale for its first two weeks.

Super Meat Boy arrived in 2010 for Xbox 360 and PC, and made quick work of becoming a standard in brutally difficult platformers. It was immediately labeled as a definitive work in the sub-genre of brutally difficult platformers. Since then, gamers all over the world have been waiting to play it on other platforms. It was finally released on PS4 and Vita last year and with the Wii U version arriving this month, only the 3DS will be missing (or maybe not… details yet to be confirmed ) Gotta catch them all! 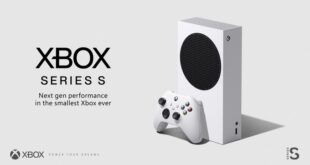 Related Article:  So, what is SteamOS exactly anyway?

Rumored for a while, a second next-gen Xbox SKU was leaked and then confirmed by …