Miss out on the first two Dead Island games? Well that’s what the Definitive Collection is for.

If you played either of the  Dead Island games that currently make up the series, then you probably have a pretty good opinion of them. There was a bit of decent as to their overall quality in the online arena, though I loved them and know more then a couple of gamers who did too.

With a combination of a zombie apocalypse (which was red-hot at the time) and the fairly unique tropical setting that said end-of-the-world took place in, the series was a winner even for those (like me) who weren’t into the undead craze. Needless to say, I was a little bummed to find out that DI2 had been put in a holding pattern by publisher Deep Silver.

And though that game is still said to be on the way at some point, this little pack here might be a decent hold-me-over. Dead Island: Definitive Collection includes both the original game and it’s Riptide spinoff, plus all the DLC for those games and a special new game, fashioned in the retro-mould.

As you might imagine too, those games aren’t just represented as the first appeared on the PS3 and Xbox 360 either. They’ve had some upgrades. Here’s what’s new:

And as to that retro-affair, it’s called Dead Island Retro Revenge and it’s basically a side-scrolling endless runner. The game features all melee action, with power-ups and super-attacks, as well as a combo system to keep you knocking the undead around for as long as you last. You’ll also find leaderboards and achievements/trophy support, plus a promised “plenty of depth”. 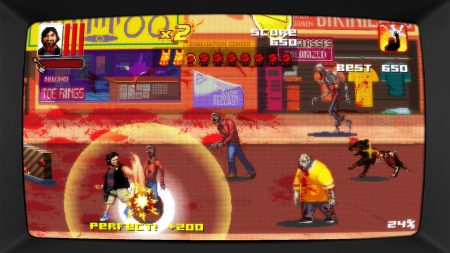 So basically, you get a lot of stuff with this one, and for a low cost of entry. The Dead Island Definitive Collection will run you just $39.99 USD for the PS4 or Xbox One. And if you feel like you just want one or the other (and don’t care about missing out on Dead Island Retro Revenge) then you’ll also be happy to know that both revamped DI games will be available singly via Xbox Live or the PSN for the Xbox One and PS4 respectively. They’ll cost you $19.99 USD a piece.

When can you expect all this undead action? Pretty soon really, as all three flavors of Dead Island are expected to stalk the current generation of consoles on May 31st.

The original Paper Mario is heading to the Switch this month

Xbox One games will always have a voice command option