The fabled beast is the prime target for a Discovery Channel-led expedition into the heart of Russia in a special presentation titled Russian Yeti: The Killer Lives. 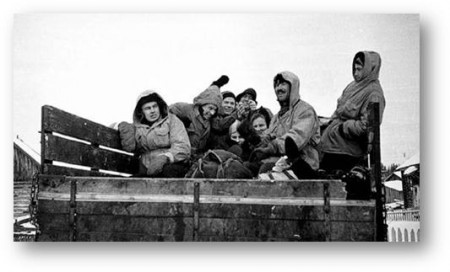 A two-hour special presentation that’s set to air on June 1st, Russian Yeti: The Killer Lives takes a detailed look at the February 2nd, 1959 incident that took place in the Ural Mountains. American explorer Mike Libecki leads the incursion into the mountain range and the very spot that saw nine college students horribly murdered in some very… strange ways.

Based on diary accounts, forensic evidence and files that have just recently been released, Mike pieces together the graphic stories in search of what really happened that evening.  According to the investigators at the time, the demise of the group was due to a “compelling natural force.”  The students’ slashed tent was discovered first with most of their clothing and equipment still inside.  Next, the students’ bodies were found scattered across the campsite in three distinct groups, some partially naked and with strange injuries including crushed ribs, a fractured skull, and one hiker mutilated with her eyes gouged out and tongue removed.

The mysterious scene left more questions than answers.  Why was the tent slashed from the inside?  Why would the victims leave their clothing behind in subzero weather?  Could it have been a government top secret weapon that killed them?  Or an indigenous local tribe that lashed out for trespassing on their land?  But perhaps most strange of all, why did the Soviet government suppress the autopsy and other reports for 30 years?

Mike first heard about the Dyatlov Pass incident on a climbing expedition in 2011 and since then has become obsessed with the case.   “I’ve spent a lot of time alone in the mountains and have had my share of near-death experiences,” he said.  “I know if I went missing, I’d want my family to know what happened to me.”

Determined to find answers, Mike hires Russian translator Maria Klenokova to join him.  Together, they set out to one of the most remote and inhospitable places on Earth.  However, nothing prepared them for what they were about to discover.  Following the trail of evidence, Mike finds proof that the hikers were not alone – a photograph, taken by one of the hikers a day before they died that suggests that they encountered a Yeti.  But just how far will they go to find the answers? 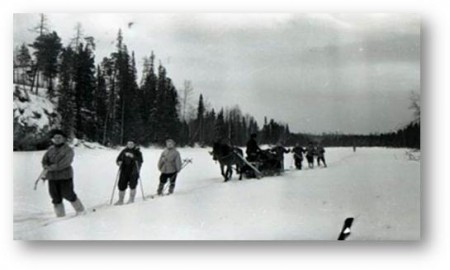 Creepy stuff, and all of true. I’ve been a bit of a follower of this weird case myself for a few years now and it’s great to see at least some action being taken to find out what actually happened. This is a case too, where the weirdness is way stranger than fiction and I don’t think even the best of Hollywood horror could have set up a stranger scene.

Nine college kids dead (some of crushing injuries), a tent that someone had cut their way out of, clothes laying everywhere, and maybe most disturbing; one of the dead women had those hideous mutilation wounds. Wounds that are very similar to what ranchers in the American Southwest have been reporting for years with cattle. Strange stuff; some might say, high strange.

If you’re into weird cases, or just mysteries, it’ll be more than worth your while to check out Russian Yeti: The Killer Lives when it hits the Discovery Channel on June 1st. Even if you’re an old pro on this one, Discovery is promising something “truly horrifying” was unearthed in the investigation. You know you don’t want to miss what it was.

The Witcher 3: Wild Hunt in-game footage is just past stunning