Central City is attacked by their first giant monster, and Team Flash has to figure out how to save the day in The Flash Monster. 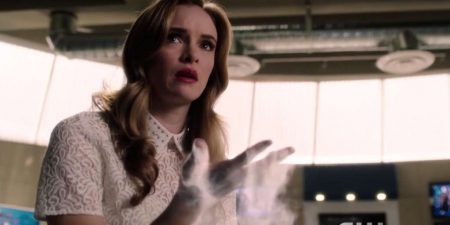 In trying to move forward with his adjusted life in Central City, Barry has moved out from Joe & Wally West’s home, and into Cisco Ramone’s apartment. Anyone who has ever had a roommate knows that this is a bit of an adjustment. Add to that, your new roommate has super-speed and is still overly nice to try and compensate for the awkwardness. Now you’ve got the idea. Cisco would prefer driving himself to work, rather than hitching a ride in the speed force.

Meanwhile across town, Caitlin Snow approaches an old contact on how to address her growing cryo powers. It takes some convincing, but the contact drops her appointments and focuses on Caitlin. We get to see her address an overheated steel installation, to demonstrate her powers. And as to be expected, Snow does not disappoint. 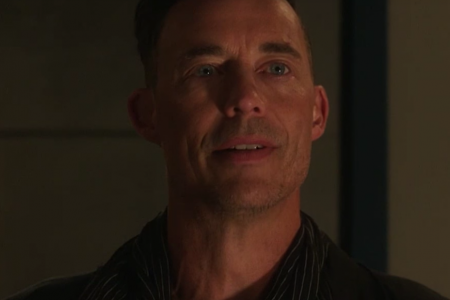 Things were starting to make sense for everyone’s day. Aside from HR’s overzealousness, that is. The team arrives at Star Labs to find HR with breakfast, and coffees customized to each person. Some of the team members are beginning to think there is something off about HR, though no conclusions yet. No sooner does the last person get their preferred beverage, the meta alarms sound. Downtown has some unusual activity happening, perfect for Barry’s skillset. Or is it?

Now this wouldn’t be a CW program without some teamwork and overcoming obstacles. We get to see some of that in Barry working with his disgruntled colleague CSI Julian. Julian feels that the rules don’t apply to Barry, and therefore Barry cannot be trusted. They find themselves in the middle of the action, when Julian takes charge of his own defense while calling in reinforcements.

The team definately hits some bumps in the road this week. Dealing with the disturbance downtown, Caitlin’s developing powers, and even HR. In the end, however, some issues are addressed, and some will have to wait until a later episode.

Do yourself a favor, and check out CW’s The Flash, airing 8pm EST/7pm CST.