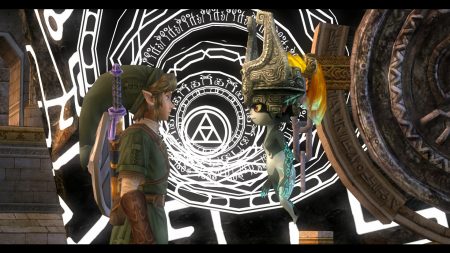 As promised upon reveal, the latest Zelda remake won’t only feature a graphical upgrade.  A new item will be included called the “Ghost Lantern,” which will help make the Poe hunt a little easier by glowing when nearby.

A Hero Mode will also be included, and players can choose it when starting the game.  Link takes double damage (which can stack with the Ganondorf amiibo, which has the same effect, for 4x damage taken), and all the dungeons will be mirrored versions of themselves.

Oh, and players with stacked wallets will no longer return Rupees to chests, while those wallets meanwhile will hold more at any given time.  Similarly, the hunt for drops of light is also less of a headache, each one asking only for twelve instead of sixteen (though I don’t remember that part being particularly bothersome).

Finally, the Gamepad will be used for item management on the second screen, as well as off-screen play.

The Zelda line-up of amiibo will all be compatible with the latest of Zelda’s outings as well.