A banana-load of Donkey Kong games are back on Nintendo’s eShop as of today, along with a few original titles and some Monster Hunter 4 Ultimate DLC. 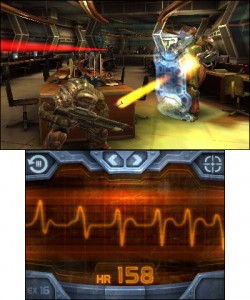 Sharp Nintendo fans might remember that the original DK series (all three of them) were once available on the Wii’s version of the eShop, but then mysteriously vanished around the same time as the Wii U saw release. If you’ve long since lost your SNES carts though, and have been clamoring to replay these classic platformers, you’re in some serious luck today my friends.

Donkey Kong Country and it’s two sequels are all once again available for purchase digitally (on the Wii U), along with the entire Donkey Kong Land series from the GameBoy, which is now posted to the 3DS’ eShop. And if that’s not enough of the big ape for you, there’s also a new theme for the 3DS that’s posted as well. Oh, and if you buy one or more of these re-releases, you’ll also snag a neat 30% off discount for either Donkey Kong Country Returns for the 3DS or Tropical Freeze on the Wii U. Not bad at all.

In the mood for something a little newer and more original? Titan Attacks (not affiliated with the anime) is available also to give you a little shooting action on the 3DS, and the surprisingly good looking Ironfall Invasion brings some Gears of War-style gameplay to the handheld with a free-to-play title… I just lost a bunch of you didn’t I?

Well, for the ones who are still here, here’s your full rundown of what’s available right now: 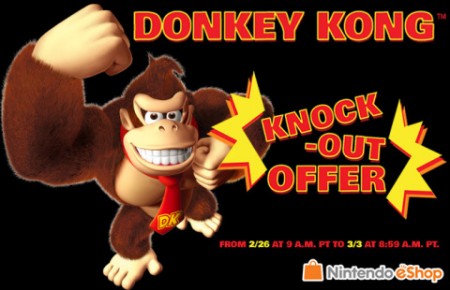 Tetris gets the axe from the eShop in the UK