It’s a big week for Nintendo fans, especially those playing on the 3DS. Not only does the New 3DS console arrive in stores, but a pair of huge games for the system land on the eShop. 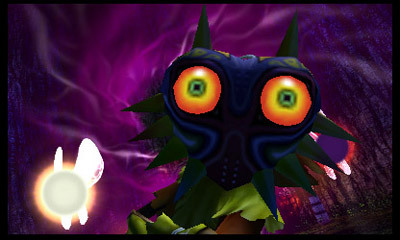 ‘Big’ is probably putting things mildly since The Legend of Zelda: Majora’s Mask 3D is pretty easily one of the most anticipated handheld games of all time and a title that holds a special place in the heart of many a gamer. I don’t think I have to get too deep in any description here, so I’ll just say this: it’s out tomorrow.

Also out tomorrow is Monster Hunter 4 Ultimate. Publisher Capcom is looking at this newest game in the series to make the franchise a household name in the west, a market that doesn’t dislike MH, but honestly isn’t all that crazy about it either.

Ace Combat: Assault Horizon Legacy + also flies onto the eShop this week along with a true classic that’s been re-cast in 3D – Fantasy Zone. And supplementing all that, there are also some new themes, some decent sales on Ubisoft games on the Wii U, and a few smaller releases for you to play around with (Breath of Fire on the VC!).

For the first time here in 2015, the eShop update is a very solid one indeed. Check out the flu list of what’s available (or soon will be) below.

Related Article:  Your free Fischl, the Fallen Star challenge, and Star of Destiny

Boxboy and some Nintendo classics hit the eShop this week