Even though Cyber Grinches have taken away our online play, we can still enjoy the new holiday trailer for The Order 1886.

Still teasing players with the briefest glimpses of gameplay, The Order 1886 looks to be a beautifully rendered hit for the new year. Developed by Ready at Dawn and SCE Santa Monica Studios, the game is set in an alternate Victorian-era London in which a secret order of old knights fight a barrage of humans who have mutated with animal traits. The original Order began with King Arthur’s Knights of the Round Table. These knights swore to battle these half-human monsters while protecting the dark secrets of the past. The battle raged back and forth until the Industrial Revolution, after which the knights were equipped with new, more powerful weapons.

Using Tesla technology, the Order more easily confronts these terrors of the night; however, the half-breed monsters aren’t the only conflict the Order must face. A social rebellion has also broken out against the Crown and the Order it protects. Controlling Galahad, a member of the elite squad, players must restore this tumultuous world to peace.

The Order 1886 is a third-person, action-adventure shooter and will be a PlayStation 4 exclusive. Official release is February 20th, 2015. 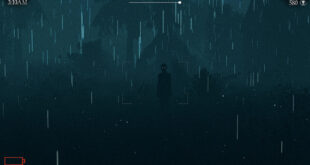 Become a paranormal detective, searching for proof of the supernatural, in Apparition. The first-person creep-fest …

Trailer: Disco Elysium dances its way onto Switch and Xbox