The second issue in the new ongoing Manowar series is set to hit stands on April 26.

Valiant has provided a preview of the second book, and man is it looking great. Take a look at the preview pages and alternate covers below!

From the press release:

“Deep within the far reaches of space, the dogs of war have found Aric of Dacia. Conscripted into an alien army and forced into combat, Aric must enter an alien battlefield unlike any he’s faced before. His only hope for survival is also the source of his greatest rage – the living weapon known as the X-O Manowar armor. On April 26th, Valiant’s superhero-driven sci-fi epic leads an all-out assault against an empire as Matt Kindt and Tomas Giorello deliver the next heart-stopping chapter to the year’s most essential new series, only in X-O MANOWAR (2017) #2 – featuring covers by Lewis LaRosa (Bloodshot Reborn), Kenneth Rocafort (The Ultimates), Mico Suayan (Bloodshot Reborn) and Kaare Andrews (Astonishing X-Men)!

Related Article:  Inkbound preview -- Is the pen mightier than a thrice-upgraded binding? 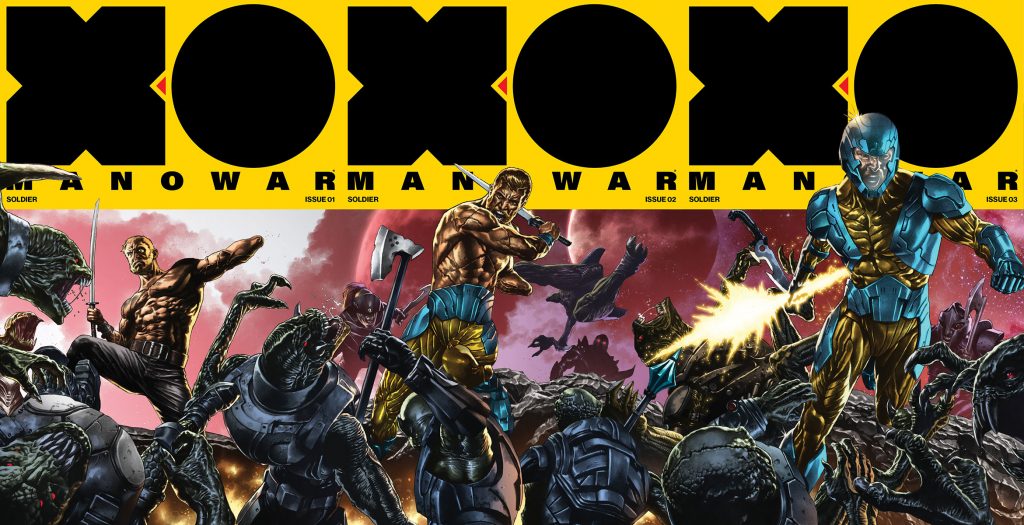 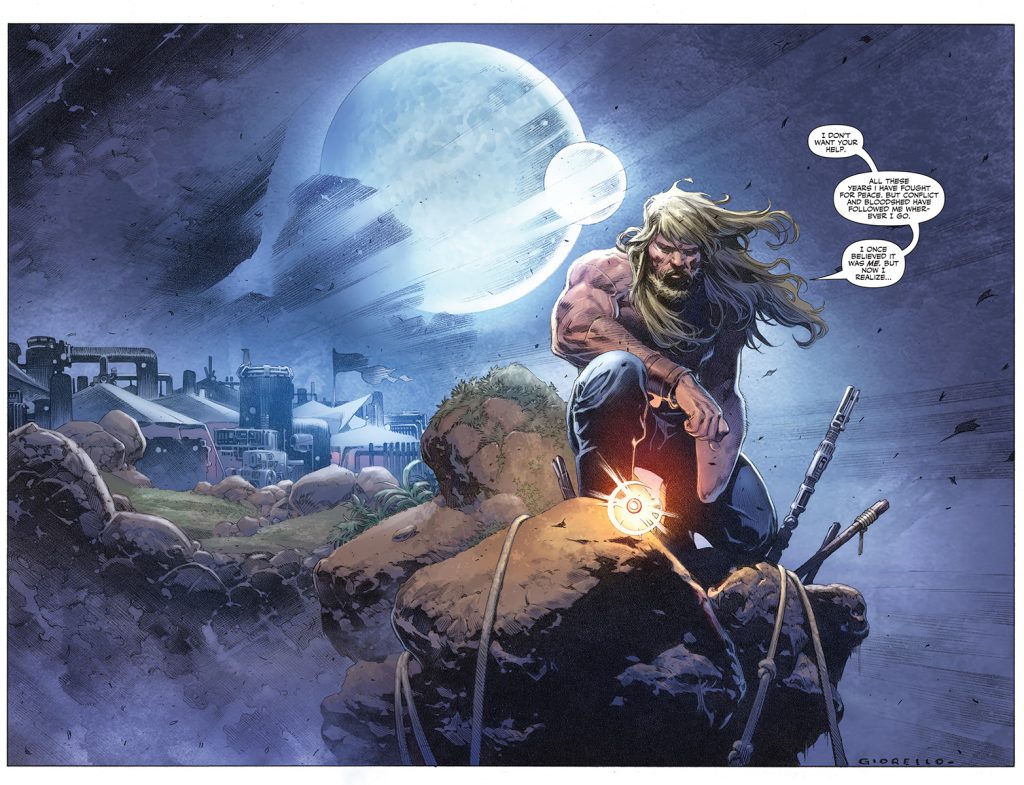 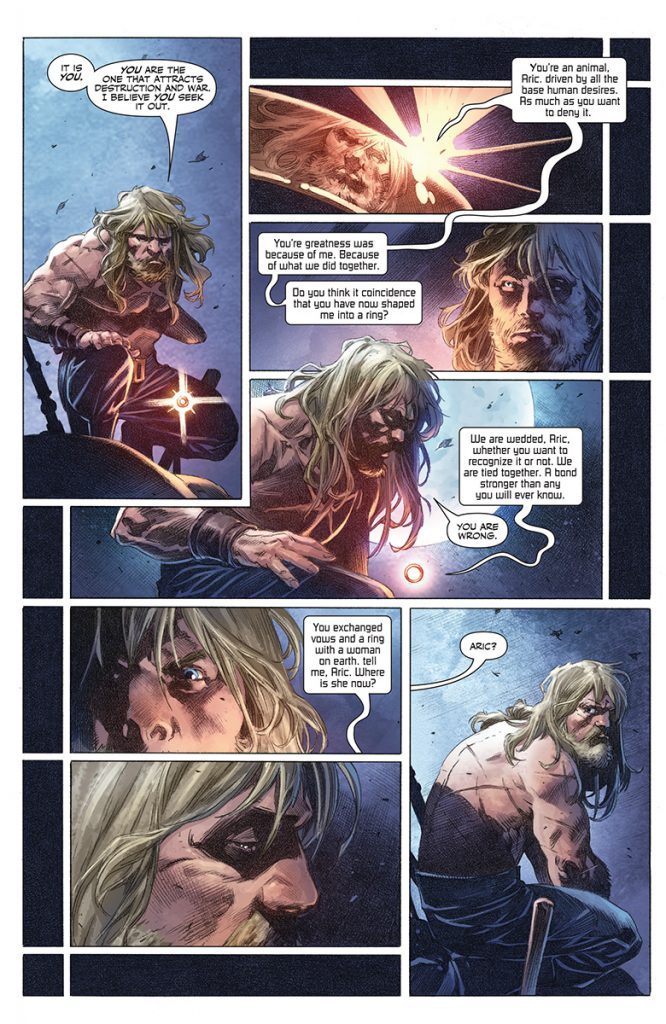 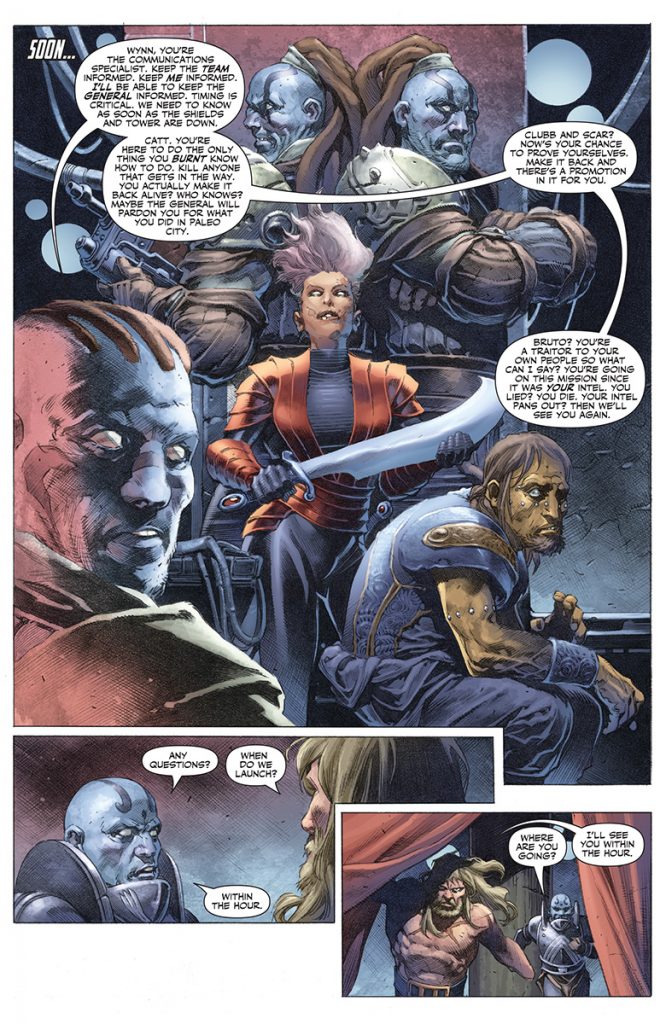 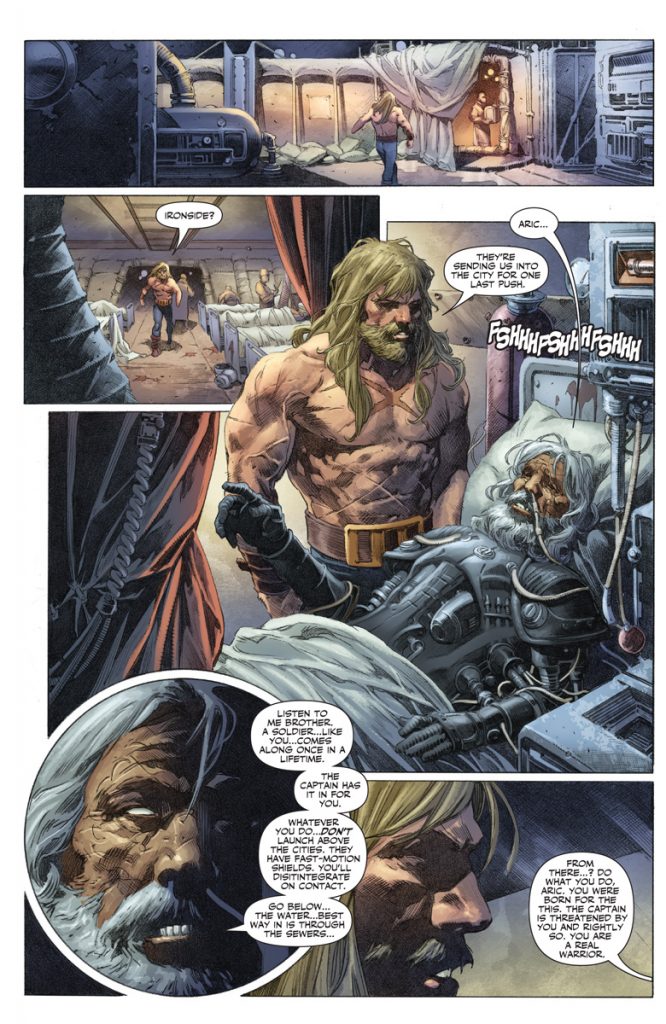 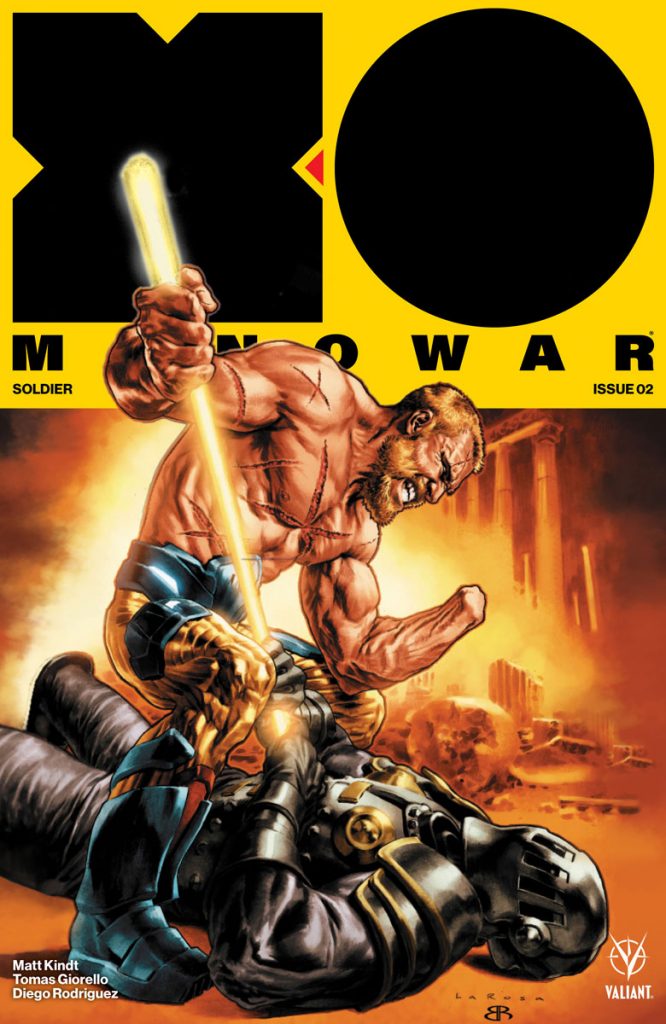 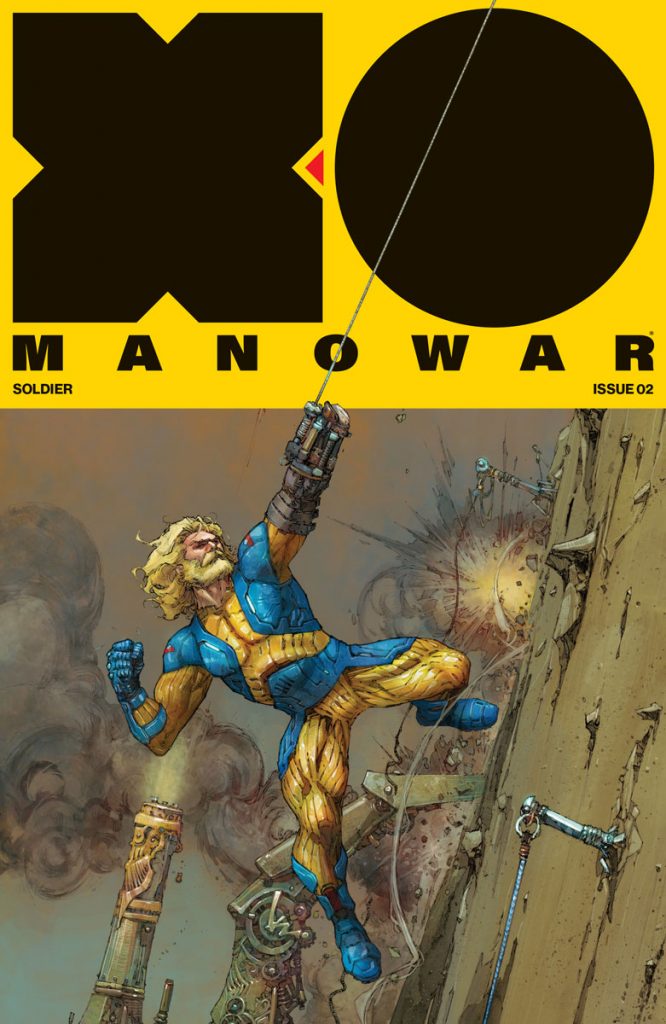 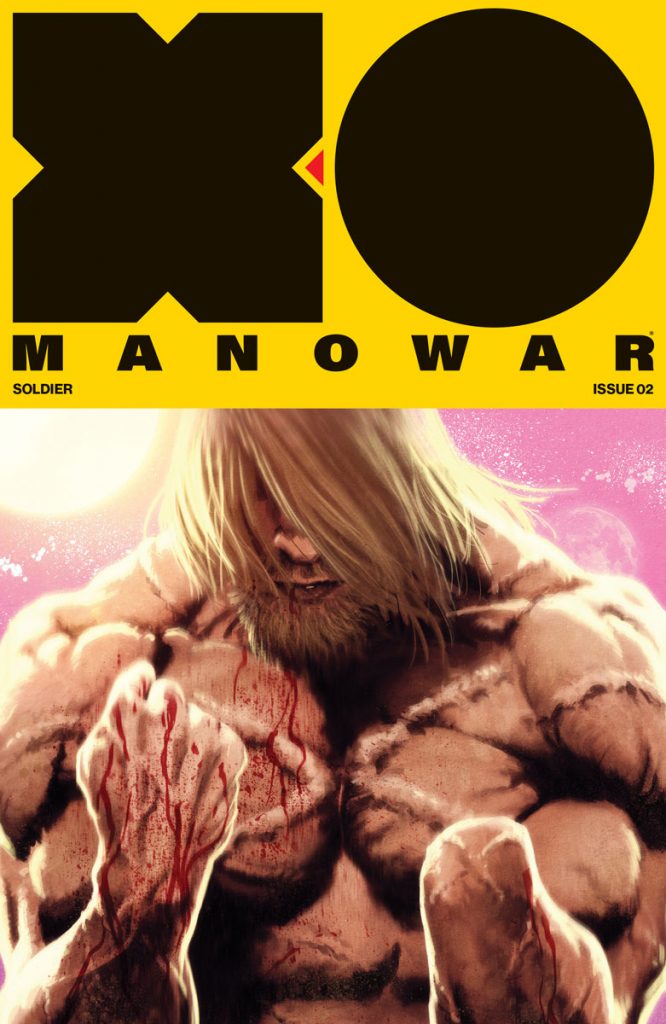