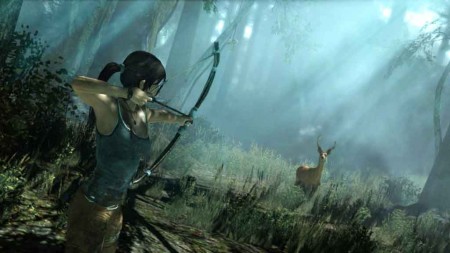 Tomb Raider has managed to shift 3.4 million units so far, which is pretty good.  However, publisher Square Enix were expecting the game to shift almost double that number.

Square Enix were expecting to sell 5-6 million units in the first four weeks of sale, and that was a consertive figure, around 80-90% of what they really thought it would potentially sell.  Sleeping Dogs and Hitman Absolution similarly didn’t meet expectations.  Sleeping Dogs hit 1.75 million, with expected sales of 2-2.25 million.  Hitman sold 3.6 million with Square Enix wanting 4.5-5 million sales.

In a new financial statement, Square said “We put a considerable amount of effort in polishing and perfecting the game content for these titles, receiving extremely high Metacritic scores.  However, we were very disappointed to see that the high scores did not translate to actual sales performance, which is where we see the substantial variance in operation profit/loss against the forecast.”

Transformers: Fall of Cybertron hits Xbox One | Edit: PS4 too!

Nintendo to sell Wii U at a loss, predicts big sales