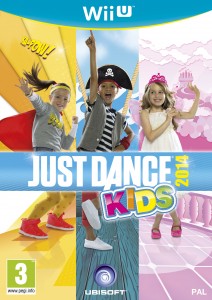 Actually, uber-popular might be an understatement when you’re talking about Just Dance. The motion-gaming series is a huge seller in all its forms and is a consistently big part of Ubisoft’s yearly lineup. Now that the publisher has announced Just Dance Kids 2014, you can get ready to start up the dancin’ insanity all over again.

“We’ve seen parents, teachers and families from around the world bring our Just Dance Kids games into their living rooms and classrooms over the past few years,” said Geoffroy Sardin, vice president of sales and marketing, Ubisoft EMEA. “We’re dedicated to making Just Dance Kids 2014 our best Kids dance game to date with new music, dance moves and features to make the dance experience fun for the entire family.”

I don’t think I can remember ever dancing in school… nope. Yet another thing that kids today just take for granted.

Related Article:  Saturday Radar: GamesRadar’s best for the week of 11/10/14

As for modes of play, the game features both returning faves and some new stuff to keep you and the little one’s shaking around the living room (or classroom apparently).