Ubisoft’s Xbox One exclusive fighting game Fighter Within enters the ring this November.

We don’t have a ton of info on Fighter Within other than what you see in the trailer. The one-on-one combat game is looking sharp though with some excellent visuals and an interesting cast of characters including a few that look like some fictional folk that you’re probably familiar with.

I like the character designs on the whole too. The entire cast of ‘world warrior’ types seems to really speak back to the classic fighting games of the ’80s and ’90s (in a good way) that a lot of fighters just don’t right now.

Fighter Within is an exclusive to the Xbox One and drops on launch day- November 22nd. 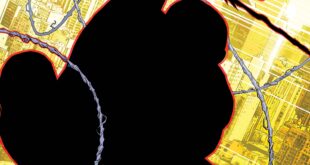 Resident Evil Revelations is coming to the Xbox One, PS4, and Switch

Max: The Curse of Brotherhood (Xbox One) Review