The sequel to Wargame AirLand Battle hits the PC and takes strategy gamers to the Far East for some grueling military combat. 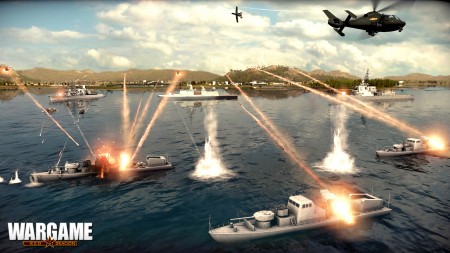 I don’t play many turn-based strategy games other than XCOM. Not because I have anything against them, I’m just not good enough at them to last more than five minutes. I also typically don’t care for World War and Cold War era games. With that said, I’m reviewing Wargame: Red Dragon, a real-time strategy game based during the time of the Cold War.

Wargame: Red Dragon was developed by Eugen Systems and published by Focus Home Interactive. Let me start by saying, during the entire time I’ve played this game, I never once won a round. So I won’t be talking about the campaign here since I didn’t see all that much of it, but I will instead be focusing more on the actual gameplay and other… less pleasing elements.

As I said earlier, I don’t play many RTS games or strategy games in general, so if the constant flow of complicated menus and a confusing movement system are usually the norm, then the complaints I’m about to make are unjust. First off, there are far, far too many menus than there needs to be (like I said, really the only RTS game I play is XCOM, so correct me if I’m wrong).

Also the movement system, I purely don’t understand. Maybe the controls are unresponsive, or maybe I was just missing a step, but in my (not so) humble opinion, anything beyond just letting me click and move a unit, and then give it orders to attack is just too complicated. I would click a unit and try to move it, and nothing would happen. No feedback or anything, even though the game clearly said I had the ability to move.

Most of my games, I would simply skip my turn, waiting on the enemy to attack me. When you get into a skirmish with the enemy team, the camera zooms in on that area, and let’s you control your units separately. This actually works very well. In this mode, there don’t seem to be any turns.

This is fun, because it’s hectic, and you are scrambling to defend yourself from enemies on most fronts. I won a few skirmishes like this, but I was never able to figure out how to move my units on the main map screen, leaving me at the hands of my opponent, until either I gave up or he just managed to overcome me (which did happen… quite a lot).

Related Article:  The Flash The Once And Future Flash S3 E19 (TV) Review 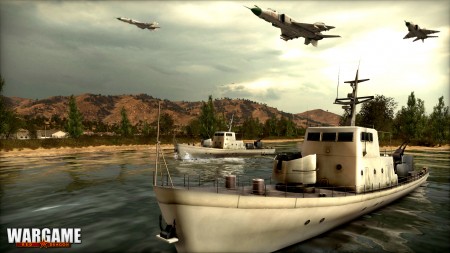 You know that thing, that one thing that’s in most games nowadays? That thing called a ‘skip’ button? You know, the invention that let’s you skip the videos that play before getting into the actual game? Yes, well, Wargame isn’t having any of that.

The small history lessons that are the pre-game cutscenes are unstoppable, and last anywhere from three to five minutes. A complaint on long cutscenes seems to be nitpicking (especially from a Metal Gear Solid fan), but keep in mind, at least having the option to skip them would have been nice- if not necessary.

After the cutscenes end, there are still dialogue sequences, in text only with no speech involved. I was trying to avoid saying it (aw, who am I kidding, I’ve been looking forward to this part of the review), but the things the characters say sometimes are just… stupid. Look at the image that follows for some proof of that.

Over all, I’m sure to a seasoned RTS player, Wargame could probably be a lot of fun, but to someone like me, who prefers just about any other type of game, frankly it’s just not easy enough (making myself sound like an idiot now).

In my opinion, most things in the game (except for the skirmishes that really are quite a lot of fun!) are kind of a mess. With the terrible dialogue and music, unskippable intro sequences, and a multitude of menus, I really just didn’t have that much fun with Wargame: Red Dragon and I probably won’t be playing it again anytime soon.

Rasputin: The Voice of the Dragon #1 (Comics) Preview