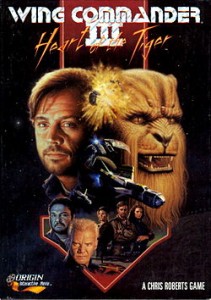 I’m pretty sure I originally played WC3 on the Panasonic 3DO. I didn’t have a good gaming PC back then and had picked up a 3DO when the console was going through it’s lull, which was right before Super Street Fighter II and Samurai Showdown hit if I recall correctly… not that those games helped all that much in the realm of sales either, but I liked ’em. One of the titles that I grabbed the second I saw it though was Wing Commander 3. Who could resist playing as Mark Hamill, piloting a nimble space-based fighter (remind you of anything?), and blasting away at the savage Kilrathi (who looked like big kitty cats)? Not me that’s for sure.

Now you’ve got the chance to relive the glory days of space shooters with one of the best of all time in WC3, and for free no less! Sure Origin might not be the world’s favorite download service, but that shouldn’t stop you from grabbing their latest freebie. Though somewhat few and far between, they seem to be really getting some solid games out there for this initiative too, which has already hosted titles like Battlefield 3, PvZ, and Peggle.

Yep, if you’re looking for something to while away the time on a lazy Summer afternoon, Wing Commander 3 is just the stuff- grab a copy here. Now, if you’ll excuse me I have to try and find a flight stick.

Total Annihilation is free to claim on GOG, but not for long