Sakurai‘s latest update shows a trophy of Wonder Red, leading many to believe that he’s an assist trophy. 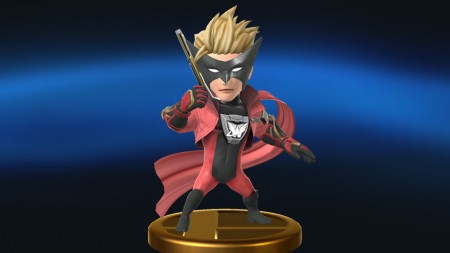 Optimistically, this is just a little teaser before the official reveal of The Wonderful 101‘s Wonder Red, but it does seem somewhat strange that Sakurai would do this, rather than simply wait until he finally reveals the character. To my knowledge, he has never displayed a character’s trophy before confirming the character itself is playable. It probably isn’t good to jump to conclusions though; Sakurai has been known to surprise us in many ways, for all we know this is his own way of telling us that Wonder Red won’t be an assist trophy, without actually saying it outright. Or maybe he won’t be in the game at all, and this is simply a trophy of another Nintendo character; it’s anyone’s guess.

In any case, as E3 is on the horizon, it’s reasonable to assume we will be getting reveals such as this from now on. In other words, no new character reveals or stages until Super Smash Bros; what we’ll most likely get is one more veteran. Something safe, so as not to take away from the excitement of that momentous day. It makes sense to not steal any thunder from the Nintendo Direct they’ll be hosting. We’re all a little impatient to be sure, but the wait will definitely be worth it.

Warhammer III has been revealed